JP Karliak loves root beer, ice cream, and dad jokes – but probably not in that order!

Voice-over artist, writer, solo performer and snappy dresser, JP is the voice of such iconic animated characters as Boss Baby in Netflix\’s \”The Boss Baby: Back in Business,\” the Tin Man in \”Dorothy and the Wizard of Oz\” and Wile E. Coyote in \”New Looney Tunes\” (both on Boomerang), among others. He has written numerous short films and plays produced in locales around the United States, including his autobiographical solo show, \”Donna/Madonna,\” which garnered awards at the United Solo, New York International Fringe and San Francisco Fringe Festivals.  JP is also a co-founder of NerdsVote, a non-partisan organization linking cosplayers, gamers, pop culture fans, and nerds of all kinds to voter registration opportunities in the U.S.

To find out more about JP Karliak, please visit his website here: www.jpkarliak.com

Unicorn Wednesday is a short-form family-friendly magic show that airs each and every Wednesday. Each week we do a brand new trick – and sometimes we teach YOU how to perform magic tricks, too! 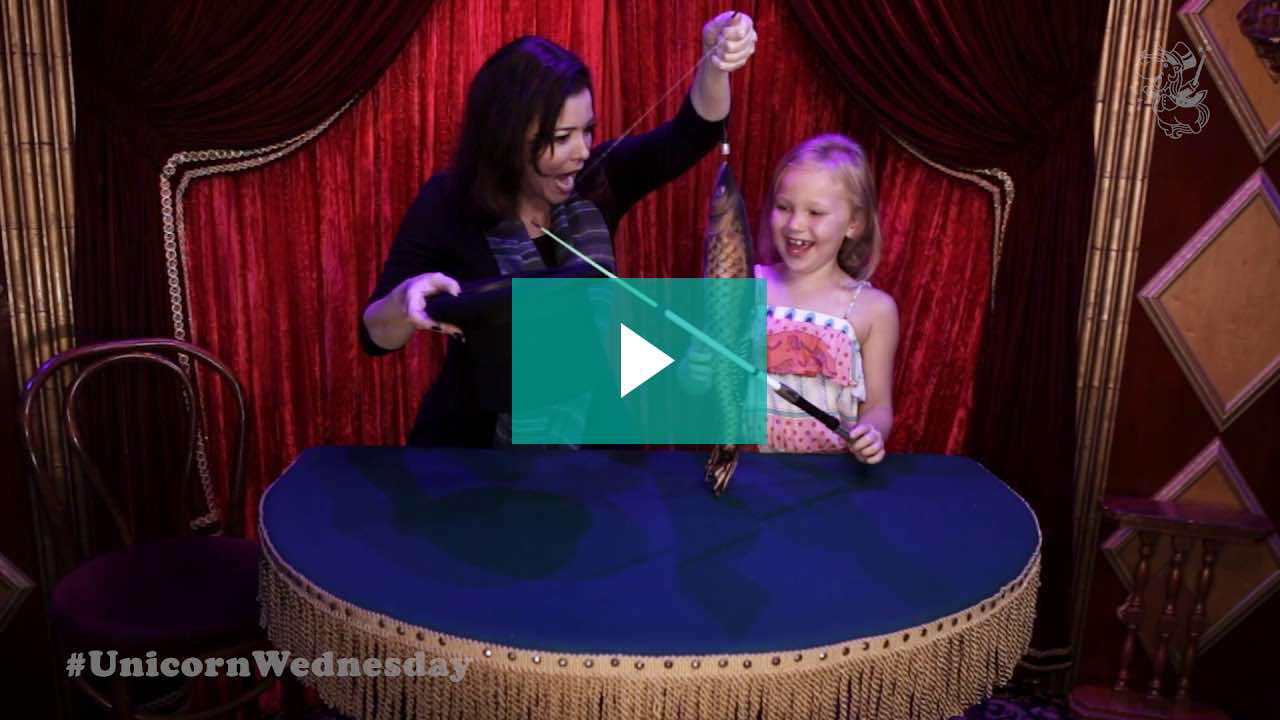